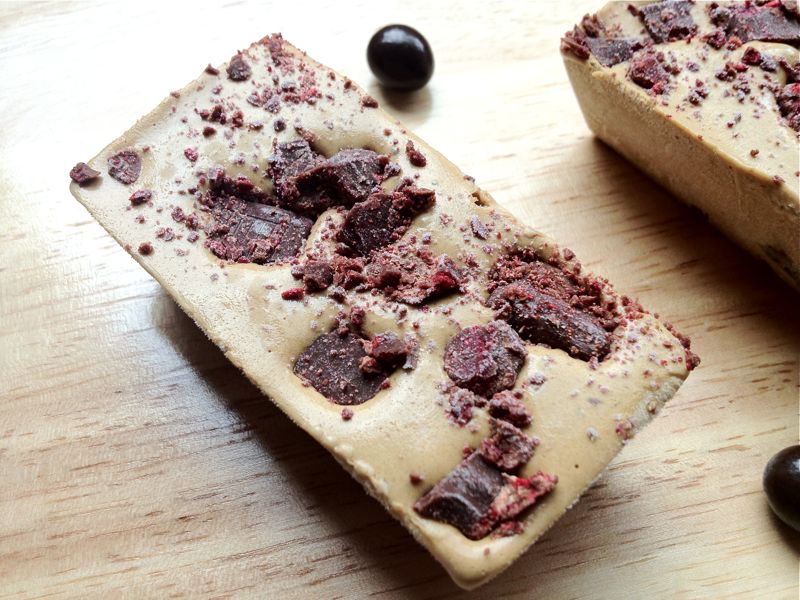 Last month I finally got the chance to try an iced coffee for the first time since an ill advised carton of Nestle Frappe back at primary school which scarred me for life (I think it’s where they got the idea for that 3 in 1 monstrosity they were pushing at Tube stations recently). This time I showed more sense and went to the Vietnamese cafe Banh Mi Bay and sampled this summer drink made by the people who do it the best.

Strong, but not bitter and slightly sweet from condensed milk, it was so refreshing I couldn’t stop thinking about it. I wanted to re-live its cooling caffeine hit and when Kavey mentioned that July’s Bloggers Scream for Ice Cream challenge was a condensed milk custard, I knew what I had to do…

First make your coffee. You’re probably having kittens at the thought of using instant coffee, but I always keep some in the house for baking and cooking as you want a good strong coffee flavour without too much liquid and proper ground beans don’t do this. If you really object to the instant stuff, this is a good time to try cold brewing coffee and using the concentrate that method creates instead. I wasn’t organised enough so instead I used 3 tablespoons of freeze dried espresso powder in 60ml or 1/4 cup of boiling water and left to cool a bit while I made the custard. I find when you freeze ice cream it lessens the flavour and I like a proper coffee kick from my custard so heaped the coffee in.

I warmed the cream and whole milk, adding in the condensed milk so it all melted and looked like thick creamy custard. I separated the eggs and beat the yolks, adding in a bit of the condensed milk custard to temper it before adding it all back into the saucepan to thicken. Add in the coffee and the salt and str until blipping gently and thickening nicely. It’s like a regular ice cream custard base but much easier to do without splitting or it not coming together. Chill well. It will look as set in the bowl at this point as pannacotta and will be a little bit difficult to get into the machine without ladling.

From reading the expertise of the people organised enough to get their posts up on Kavey’s blog in time, it looks like you could freeze other condensed milk based custards without a machine because of the texture of the custard is airier than usual and wouldn’t just make a big icy block (see her comment below). I used my machine as normal as this is egg based and while it was churning, turned my attention to the garnish.

I adore coffee and raspberries together. The tang of the berries works especially well with coffee desserts and I decided I wanted to cut through the richness of this ice cream with a sprinkle of freeze-dried raspberry. Unfortunately I wasn’t organised enough to mail order these and instead spent an afternoon trekking round London trying to find them in Whole Foods and Waitrose and Fortnums and not getting very far. Instead I bought a bar of 36% cocoa milk chocolate with raspberry from Marks and Spencer and took my frustration from my failed shopping trip out on it with a rolling pin. 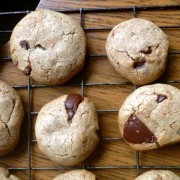 Wild food, or food to drive you wild 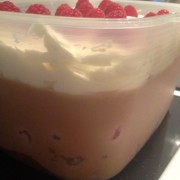 Damsons: not just for gin…

Potatoes with fenugreek & lovage; onion & lovage bhajis on the si...